Fast, flexible and above all eminently respectful 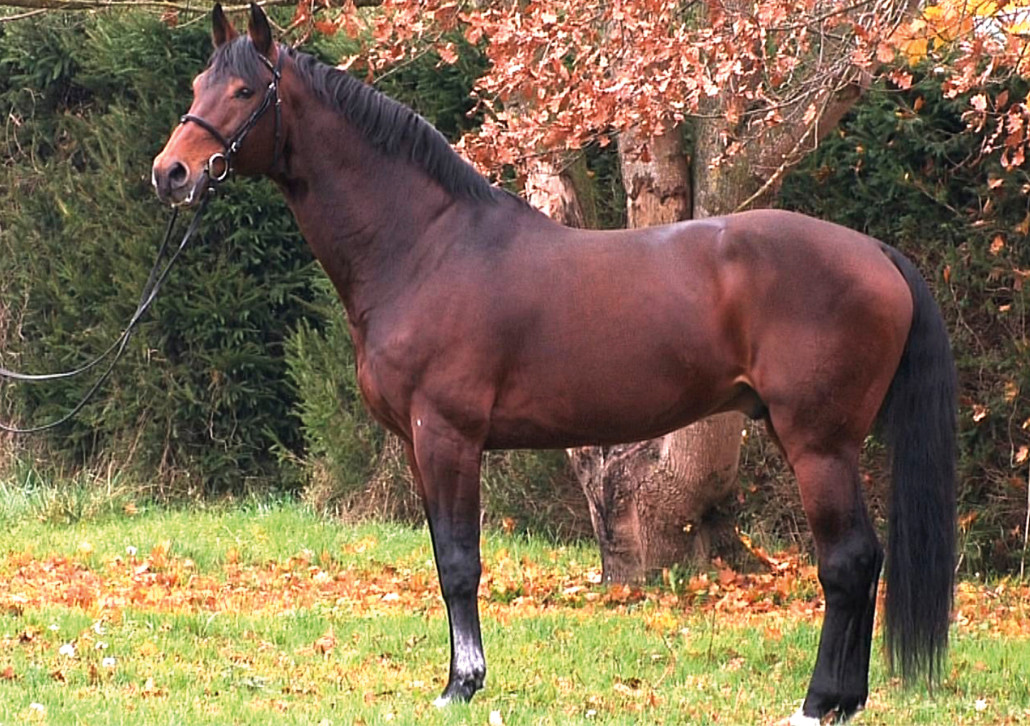 Devastated in full rise during the 2014 season, the friendly Con Air still had so much to give to the French breeding. He marked his production in his dress (bay with a small ball there), his model and his psyche: This ease combined with strength, this ease combined with respect for bars, this desire to do well. That was the future of Con Air. A stock of straws will allow it to continue its mission for some time yet.

Con Air, acquired as a youngster by the very astute Holstein Breeders Association, was quickly considered in Germany as the successor of the Contender breed leader.

With LB Andersen, he won the Nations Cup in Copenhagen then was entrusted to Otto Becker for the Top Level.

Together they will win the 2008 Samsung Cup Final in Barcelona. 2009 and its crisis will see Con Air sold to the amateur José Larocca, Argentine businessman.

Con Air will carry it to the Finals of the World Equestrian Games in Lexington in 2010 on the occasion of an anthology course. His ease and ease of use at the highest level made him one of the most esteemed horses on the planet.

At stud, the excellent Chellano Z who died too soon was his spearhead.

The dam of Con Air of excellent lineage has three other international offspring.

To mention the most successful:

Conisha vd Helle Winner at 9 of the Nations Cup in La Baule. Catoo Champion of the German four-year-old stallions 2012 after winning the 2011 test.

In these horses, the ease of use that characterizes Con Air channels considerable energy and strength. It is his trademark. He brings all the necessary blood.

Thus each rider progresses thanks to his horse and reaches a level unexpected by himself and by his coach.

Breeding here crosses a new threshold to better serve sport. A rare quality and an essential asset for the breeder because these horses are the most sought after by coaches and dealers.

The crossing with mares in the blood and of a not too important size is formidable.

Close to man, they are driven by the desire to interact with those around them.

How many times have the breeders remarked to us: “When I arrive in the meadow, the Con Air leaves its mother to come and see me”. Having observed siblings for thirty-five years, such behavior, so often repeated, seems unique. When the time comes for breaking in and then for sport, this extra something will allow both amateurs and professionals to go further in their communication with the animal, with the athlete. It is an opening towards an even more successful fusion between rider and mount.