The ideal combination of energy, elasticity and chic 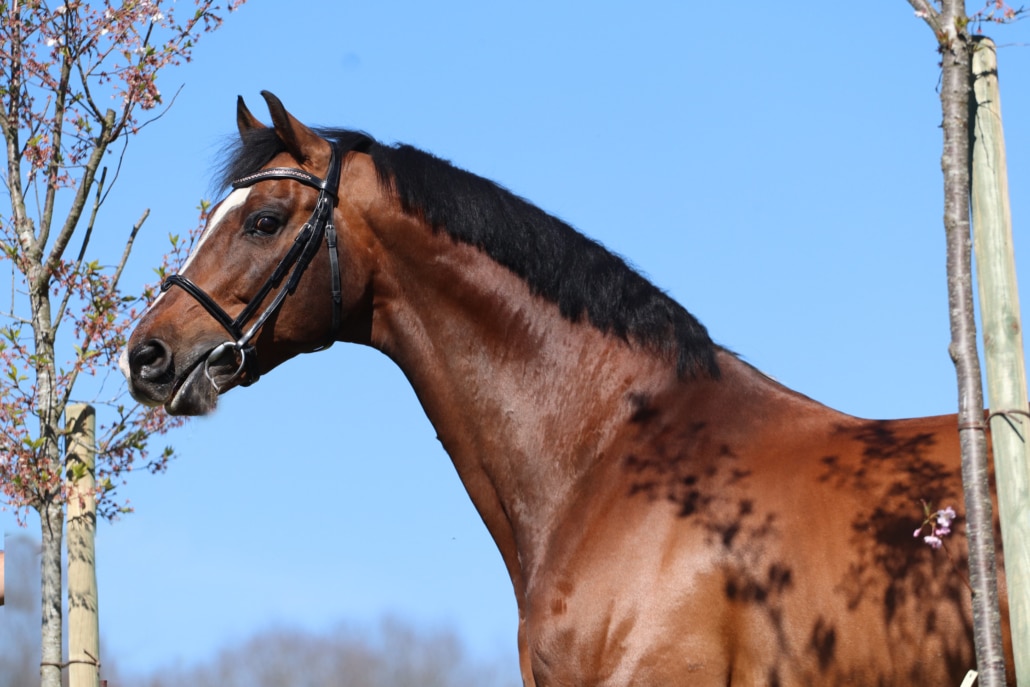 By its elegance, to will, to flexibility, to strong rocker, Cooper won us over.

Caretino, pillar of Holstein and a granddaughter of Landgraf, the same cross as Casall.
His mother who with Quidam gave Quinault winner in 160cm. A grandmother who also with Quidam gave Wella, the mother of Quaprice Bois Margot and Ornela. By its paper, which still works with French saddle orgines Cooper won us over.

It is finally and above all his production that enchants us, only two living stallions have 3 horses in the World Top 100 and Cooper is one of them.

Finally, Cooper had 2 representatives at the Tokyo Olympics.

Among the representatives in 5 *:

This rise to the highest level and the confirmation of his excellent fertility after three seasons of riding at Servas led us to acquire Cooper.
The Studbook SF shares our enthusiasm since it approved it at the end of 2019 in view of the quality of its production.

Very elegant horse, harmonious, high on legs and very strong back, he is the archetype of the modern horse.
He will be able to seduce you in particular for your mares carrying the blood of Quidam de Revel and more generally the mares having the frame.

Her family has indeed demonstrated what tropism she had with this French genetics.

Excellent recruit for France which now has a new top stallion at world level.
very fertile and with attractive breeding conditions. Everything for a simple and effective breeding season!

It is capital for the sporting future of our national breeding to have such assets.

In 2021, COOPER's price was 500 € Poulain Vivant. For those who trusted at the start of the stallion in France, the price remains unchanged.

Cooper gives a lot of verticality: in the paces and in the jump. The foals have chic and stretch, a long neckline and great legs.