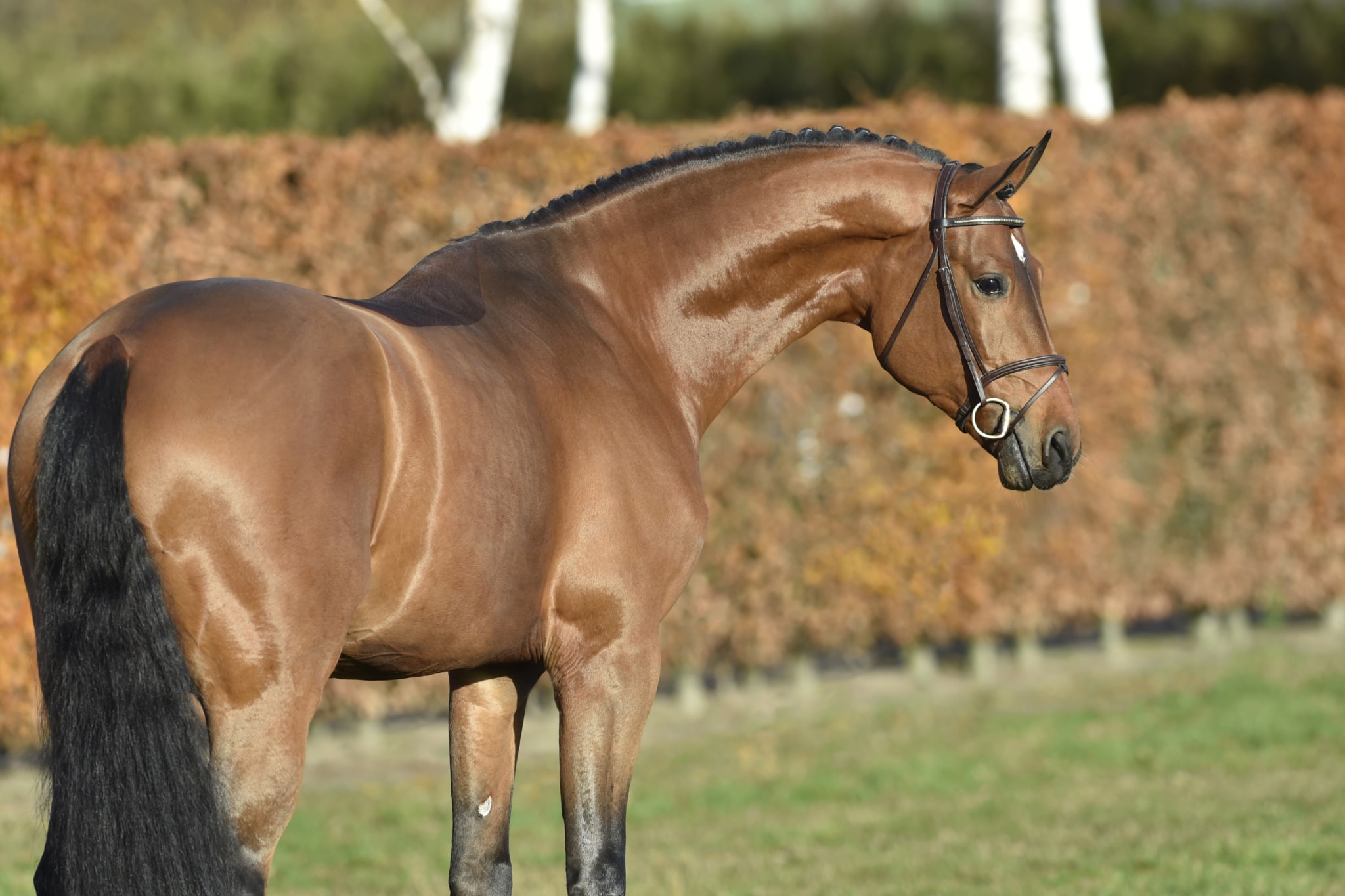 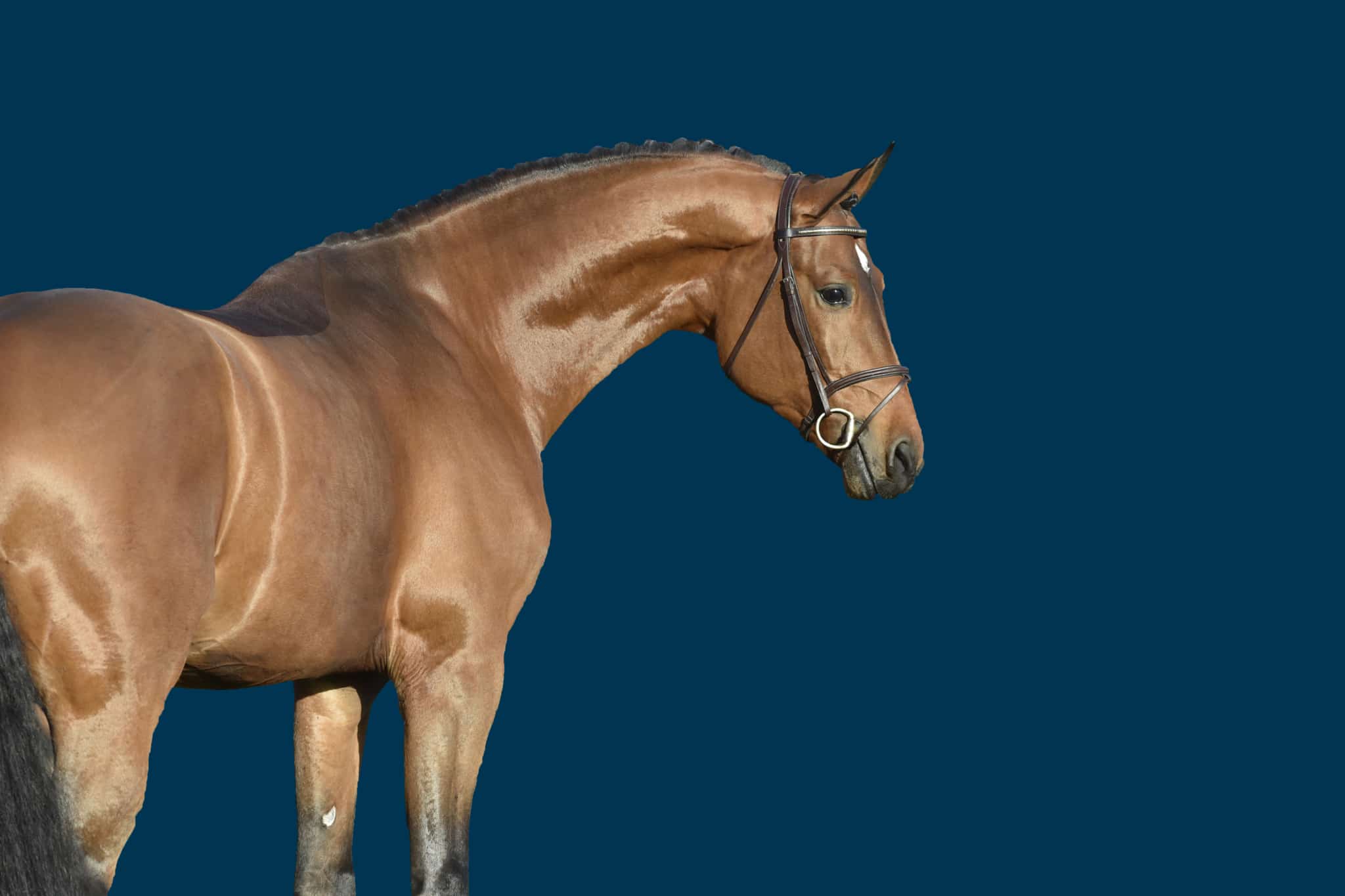 With Christian Kukuk, he obtained international rankings and qualification for the Bundeschampionate 2019. He transmits to his foals his type, his good conformation, his extended gallop and his relaxed character.

On the maternal side, it is of course the line of SONORA LA SILLA, SANCHA LS, Zandor and her mother the great breeder ASCONA 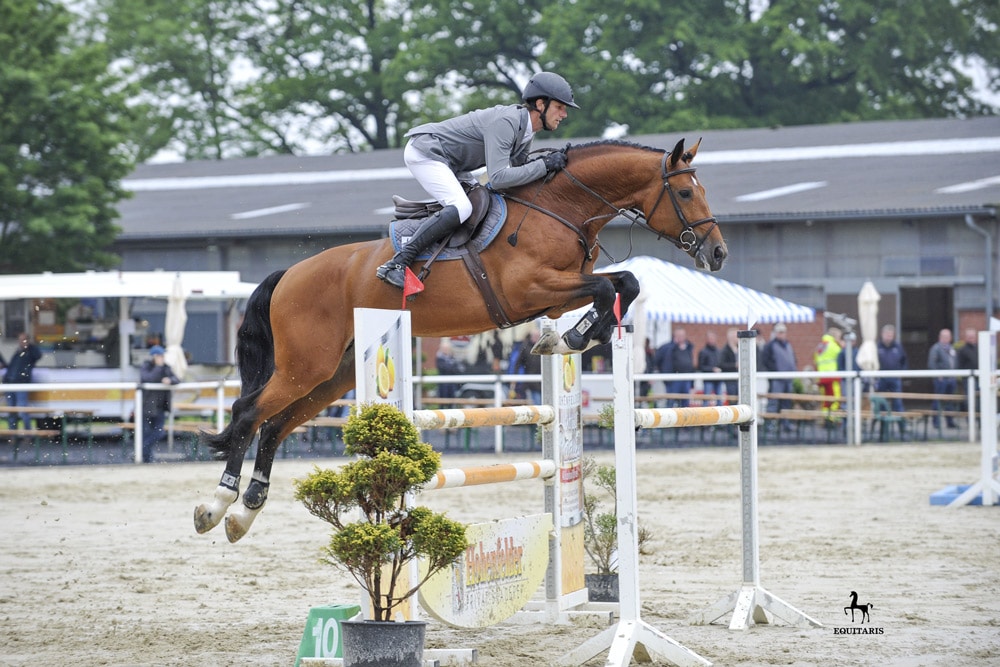 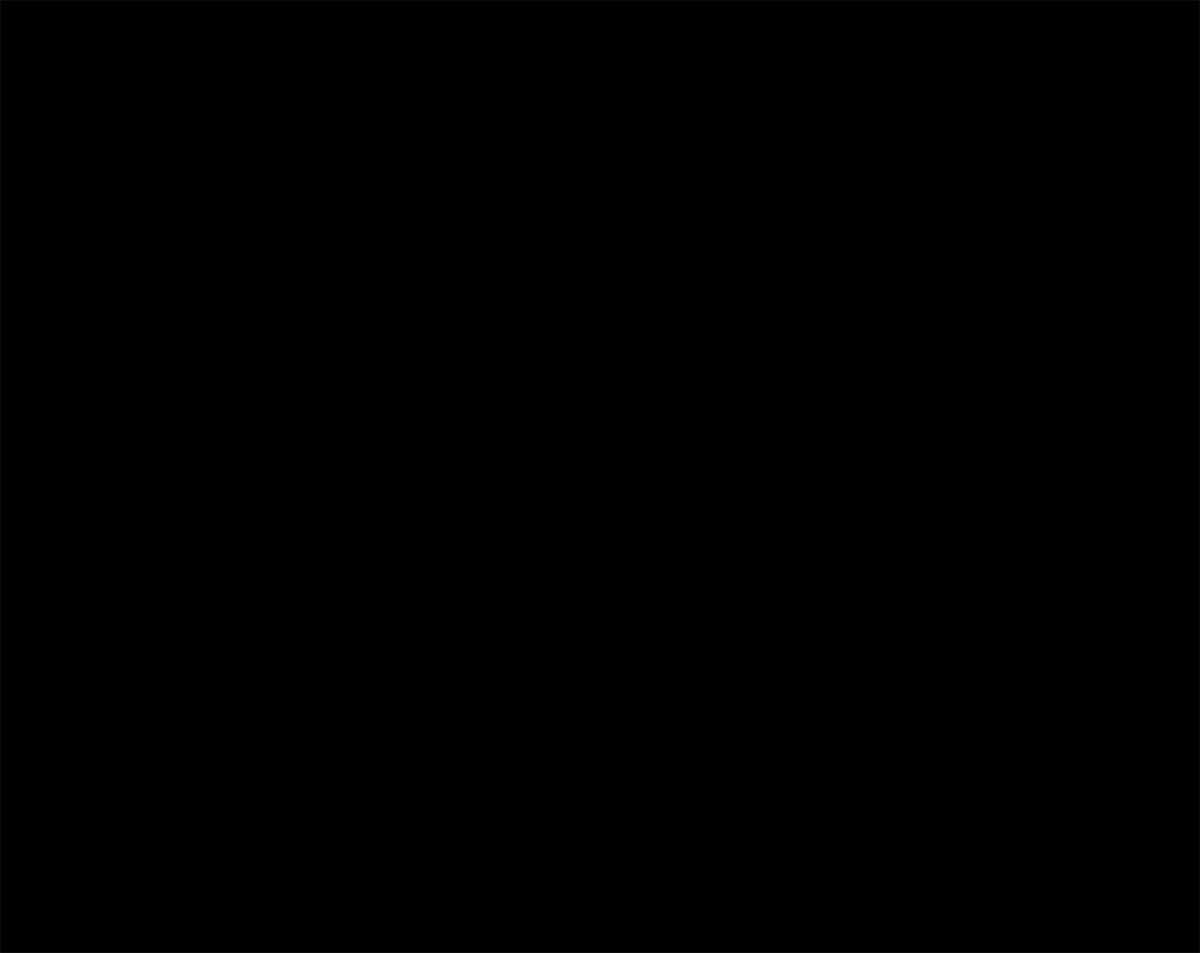 How the Father will appreciate to be crossed with mares in the blood, rather stiff to rigid which can even be of a delicate character. It will bring its flexibility, the ample gesture and the application. 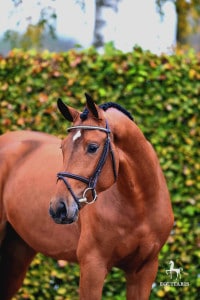 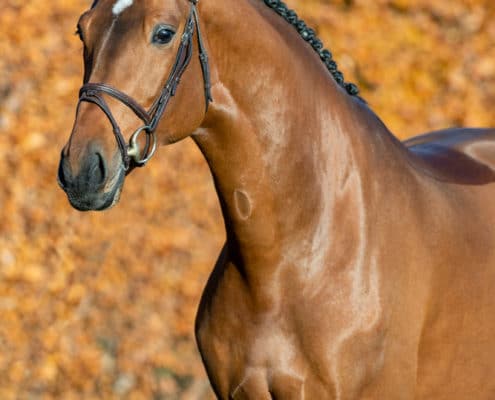 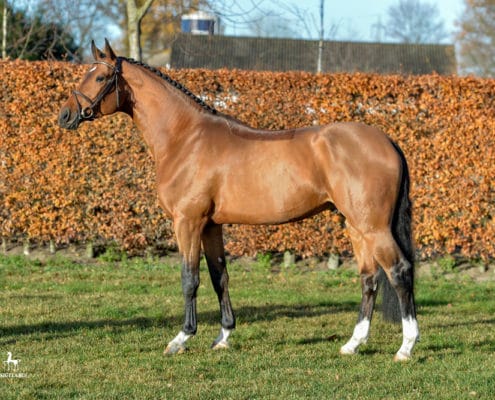 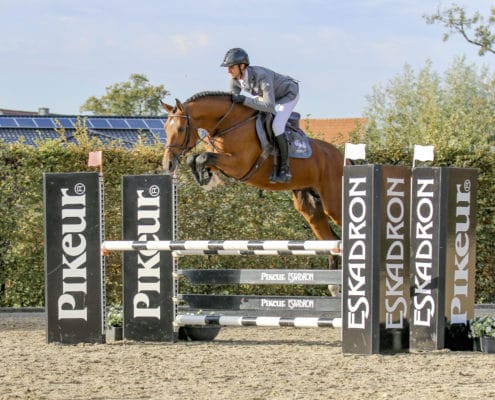 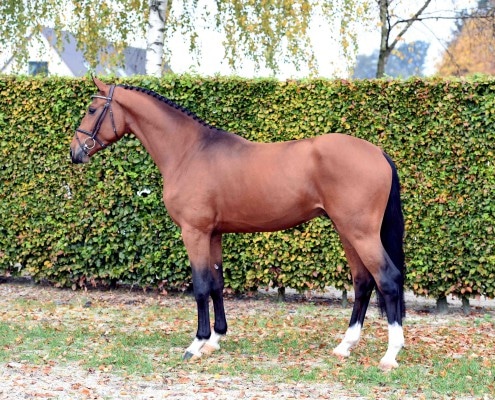 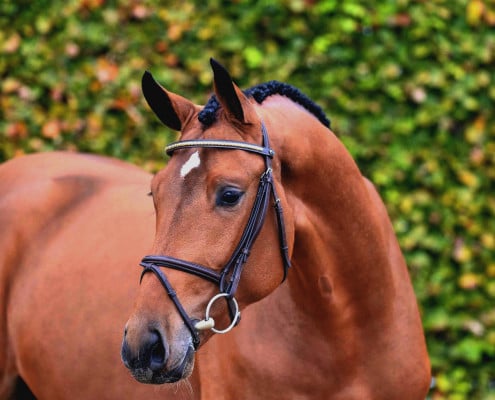 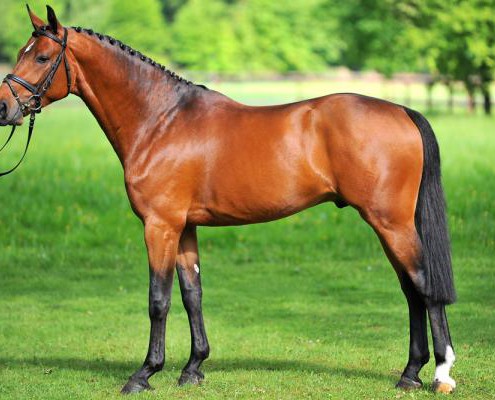 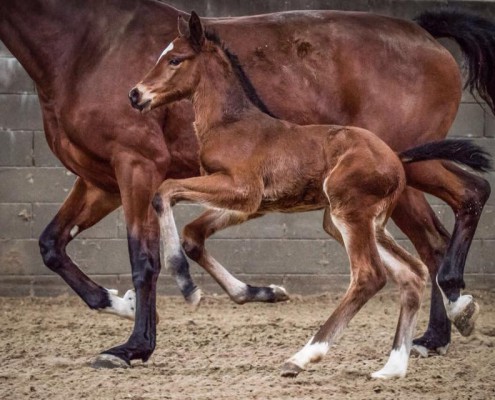 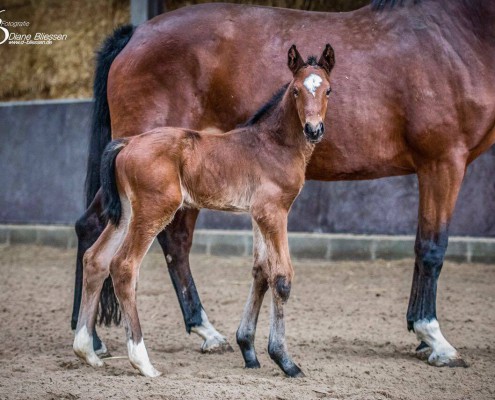 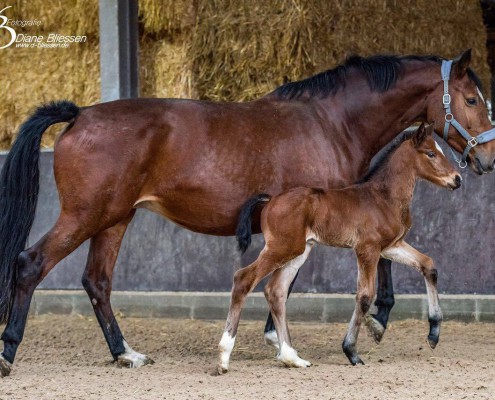 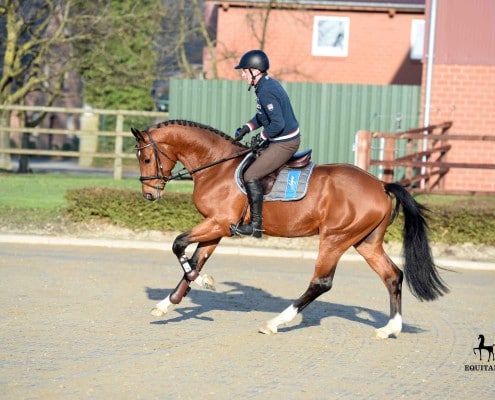 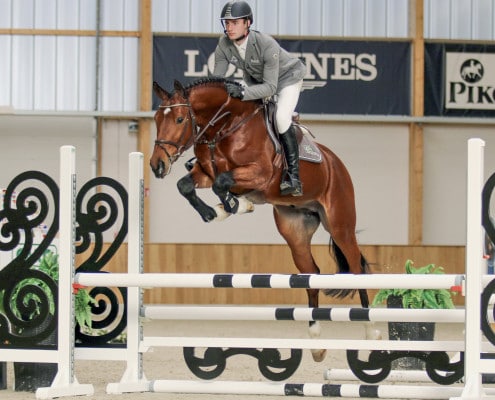 During his test at 4, he obtained the excellent score of 8,18 for the jump.
Obviously, the original crossbreeding of Comme Le Père was a good one.
With a full gallop, he moves with a lot of commitment and balance.

His first foals, born in 2018, are compact, of a modern build and develop the same gallop as the sire.
As the father will cross very well with mares lacking a little size or who require a stronger back and a more raised balance.
Excellent fertility which allows access to genetics “As it should be”.

Let's go back to 2004,
the best mare of all time, Ratina Z (Gold Medal at the Atlanta Olympic Games and at the La Haie and Mannheim JEMs, winner of the Gothenburg World Cup Final and the Aix La Chapelle GP with Ludger Beerbaum) is crossed with a very young 5 year old stallion named Cornet Obolensky.
“To an old mare, a young stallion” as the saying goes.

The story could end there but everything now
accelerates at the high level:
In 2013, Comme Il Faut, at 8 years old, was crossed with the full sister of the stallion Completto, one of the best families in the world, that of Padua, Zandor Z, Clinton 1, Levisto Z, Poor Boy, Sonora La Silla all big winners at the highest level.

Thus was born Comme Le Père a young Westphalian stallion who was approved as a stallion in Hanover at 2 years old in 2016. Ludger Beerbaum bought him immediately.

10/10 for these two successive crosses, well in line with the necessary acceleration of genetic progress.

Breeding takes so long that you have to go fast using innovative male genetics.

Today Comme Il Faut eclipsed Cornet Obolensky and very soon Comme Il Faut will be eclipsed by one of his sons. This is the hard and relentless law of innovation.
Some would say that using a young stallion is risky but at the end of the day is the risk taking really less? Between very expensive grandpas, not very fertile and very soon out of date, and young carriers of the future, cheap and with vigorous seed; Who to choose?