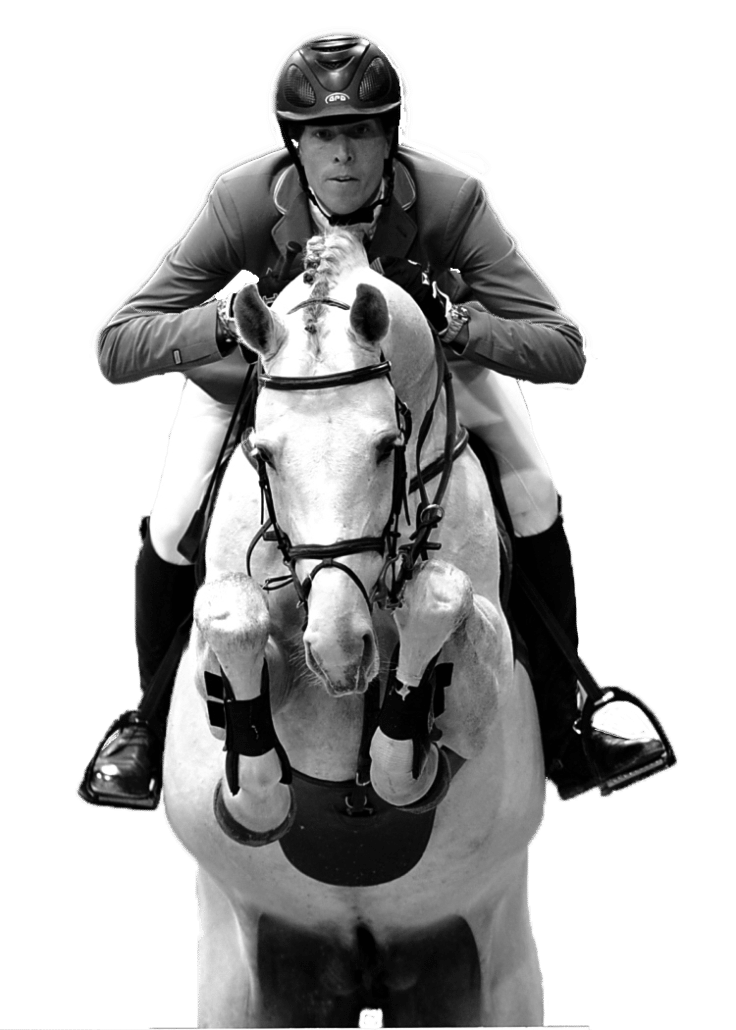 The “Cornet” which is unanimous in Europe. The results of its products at the Tryon World Games, at the Gotebörg Championship as well as at the CSI5* in Geneva or at the final of the Nations Cup have confirmed our many customers in their choice.

Due to their regular, fairly compact conformation, with a powerful back line and also their happy character, the “Cristallo” are always very precocious. Its biggest winners have reached the roof of the show jumping world at 11 years old.

It is easy to cross without doubt avoiding mares of too large size (170cm and more).
Finally, her fertility is excellent.

NB: Cristallo 1 appears under the name Cristallo 7 in the databases.

Cristallo 1 is recognized in Germany as his father's successor.

So much the better, his seed is incredibly fertile.

Cristallo had caused a sensation upon his approval at two and a half years in 2005 and also during the drastic 30-day test: Finalist of his Körung, he will be the winner of the test at Münster-Handorf in 2006.

Here is a very expressive stallion showing as much power as Cornet Obolensky on the bars and which has an excellent character allowing a very easy use.

We no longer present his fiery father who covered a lot from an early age and quickly became one of the best fathers of winners on the international circuit. Cristallo's mother won in M ​​class and her grandmother in S class in Germany. Both come from great stallions: Cassini 1 and Pilot.

Cristallo 1's full brother is the stallion… Cristallo 2 who made his sporting career in CSI with the Italian Jerry Smit.

Cristallo was quickly noticed for the excellence of its production. During the hotly contested German Championship for Young Horses in Warendorf, Cristallo was no less than seven “5 years”. Three participated in the final.

Other crystalline products very noticed from a young age: California, champion of Westphalia; Casablanca which is the author of three clear rounds in the Lanaken World Championship. Six of his sons are sacred stallions including Cristophin winner of his Körung.

Showing good character and a lot of responsiveness, this young generation is in great demand across the Rhine. The gait is airy and the withers powerful.

Cristallo has so many assets that it is easy to come across: He has amplitude, controlled energy and technique.

and that happens after a good fifteen years of intensive use of his semen, it is the moment when it is necessary to choose among his sons the one who will be the carrier of the next genetic progress for the fifteen years to come.

This ineluctable law is that of genetic progress. Breeders who aspire to produce for Grand Sport must make it theirs, otherwise they will be quickly overtaken by their competitors.

Innovation is the only way to be at the forefront of its field tomorrow.

This anticipation is four times judicious:

The breeder prepares the success of his clients.

It stands out from the origins a thousand times copied, the prices of which are falling due to a glut of supply.

The breeding is cheaper than that of the father.

The seed is more fertile.

Cristallo carries the WFFS gene, it is therefore advisable to test your broodmare (cost 70€ incl.

It is preferable to assign him light mares, his pleasant character posing no problem when used with small bubbling mares.