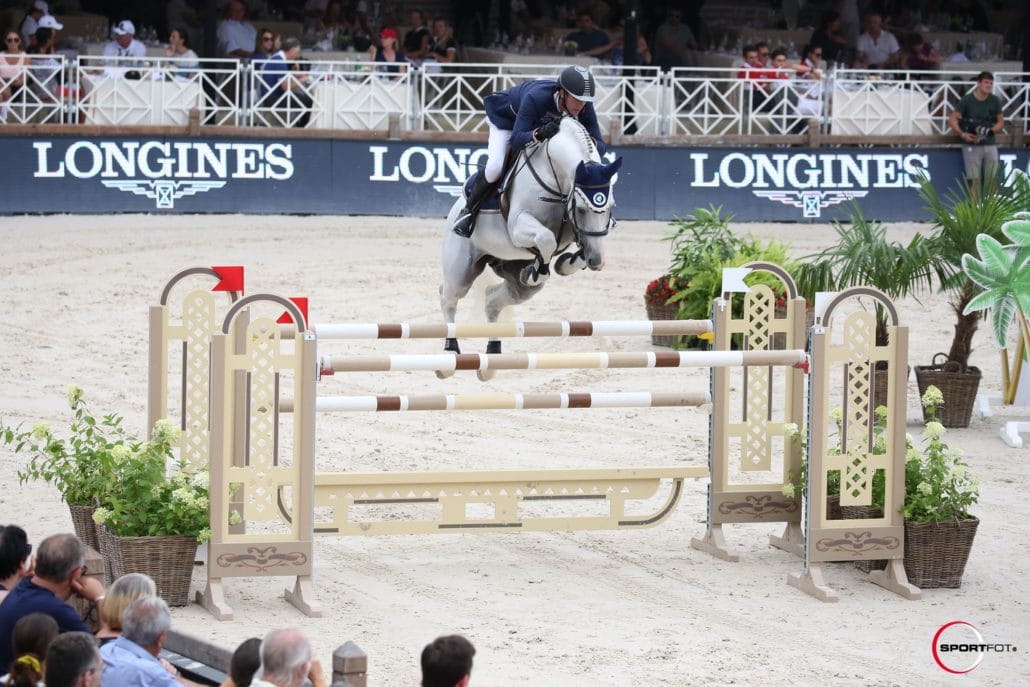 He arrives in France at the best time, his test on young international horses

This test is absolutely unique.

With COLESTUS he spoiled the French breeders for this year 2022, we thank him for it.

Colestus was first ridden by Philipp Schoder and Marcus Doring, with whom he won twenty-five times the tests for young horses.

In 2012, he won the Wesphalian championship for 6-year-old horses then after two clear qualifiers, he finished eighth in the German championship and was a finalist in the world championship in Lanaken.

In 2013, Colestus accumulated first places in international events in the Yougster-Tour in Hanover, The Hague, Bâlve. He is a Silver medalist in the very successful German 7-year-old Championship.

A pivotal year for Colsteus, 2014 saw him join the most prestigious German team in Riesenbeck at Ludger Beerbaum.

Then begins his ascent to the highest level:

At Only 8 years old, the gray stallion wins a 160 class in Paris with Marco Kütcher then with Ludger Beerbaum, he ranks in 5 other 150 classes in the biggest 5 * competitions: Paris, Verona, Aachen, Hamburg, Stuttgart Madrid.

8 years old is also the age at which the stallion participates in his first World Cup Grand Prix in Madrid with Ludger Beerbaum.

In 2015, he was regularly classified under the saddle of Ludger Beerbaum in 160 (2nd in Paris) and 150. Madeleine Winter-Schultze, patron of the Beerbaum stables, acquired him and followed the stallion's finest victories. :

The production of his father Cornet Obolensky outrageously dominates the world circuit. In the years 2005, he covered nearly 500 mares per season.

On the maternal side, the strain is rich in excellent direct line stallions: Stakatto, Pilot, Durchlaucht. Spice Girl is also the dam of S class winners and Mr. De Pépita, his grandmother, is from the stallions Harry Potter (Holland), Wessex, Cornet Cocconuts, all winners in S Class in Germany.

“Marco Kütcher rode Colestus in my stables before I rode him, so I had a very good idea of ​​the qualities of the stallion.

He's adorable, my bellboys are fans of him.

He doesn't have a “macho” character and on bars he is particularly vigilant and elastic.

These qualities are essential for

practice the high level for a long time. ”

On his arrival from Germany, his descent from the truck will remain engraved in the memories of even the oldest, Colestus inflates the muscles and it is undoubtedly the most beautiful horse that we have seen at Servas: A superbly drawn colossus, a strong back, an incredibly muscular hock. Energy totally under control… the stallion seems confident.

COLESTUS has a perfect bar style, a model when it comes to speed of execution.

The stallion is tall but he is flexible, always in balance.

You can therefore entrust him with either small mares, or stiff mares or mares with a perfectible gesture (especially in front).

Few mares could not suit her except those that are too large.