With 60 products evolving in 155-160, Cartani is one of the best fathers in the world 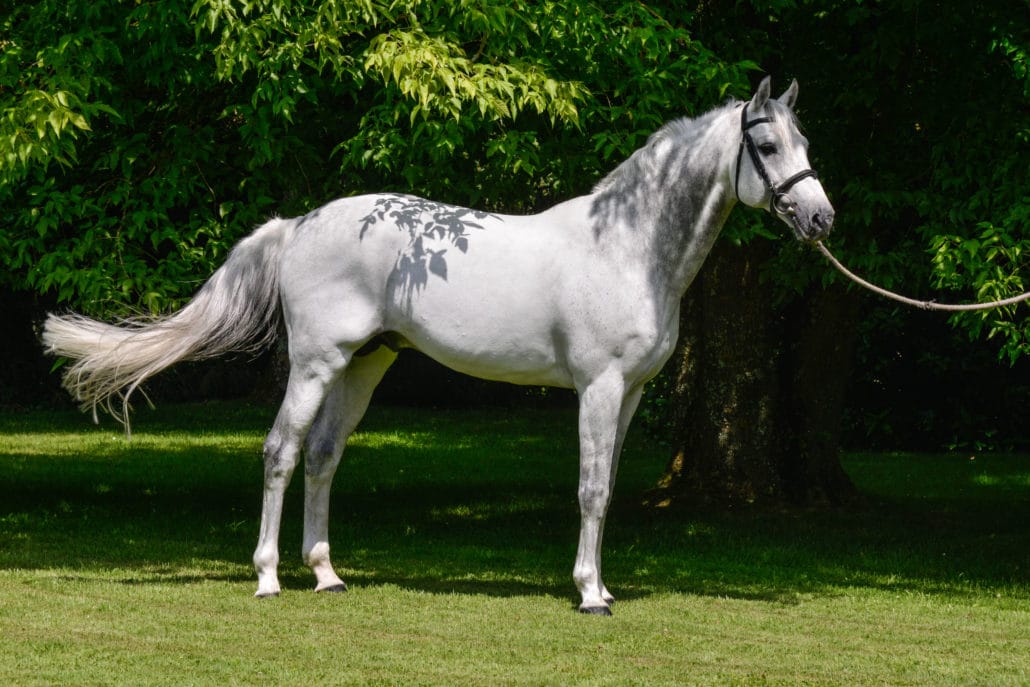 When in 2016, Cartani joined France and the BLH catalog, he was then 15 years old and was already among the best sires of young international horses following his young test in Germany or the crossing with mares by LORD Z a worked very well.

Only Cornet Obolensky had passed such a test

His mother Taggi by Landgraf was with Ratina Z one of the two best mares in the world. Gold medal in the team and silver in the individual at the 1994 World Championships in The Hague with Sören von Rönne, she is with the German team at the Barcelona Olympics. It is four years in a row classified at the Aix la Chapelle GP. The Taggi broth comes from the excellent “half Thoroughbred” Benedictus and its line goes back to the stallion Sempet Idem like the remarkable Hanoverian stallion Stakkato.

His father : We do not present the Olympic double Carthago (Jos Lansink) whose importance was exceptional. He is second best sire in the WBFSH world ranking in 2010 behind Darco and ahead of Quidam de Revel.

Cartani has been a good international performer under the saddle of Charlotte von Rönne, wife of the famous rider of Cartani's mother: Soren von Rönne.

Cartani therefore spoke under Danish color at the Nations Cups in Rôme, St. Gallen, Basel, Aachen, Drammen, Linz and Oslo as well as during the European Championships in Herning.

We find in the quality of the jump of his father Carthago who transmitted Cover and Amplitude, his mother when she transmitted courage.

Cartani's fertility is still as good, the average is 55% by heat in IAR and 65% in IAF.

Large horse producing thicker than it is. It will be advisable to bring him mares very close to the blood.