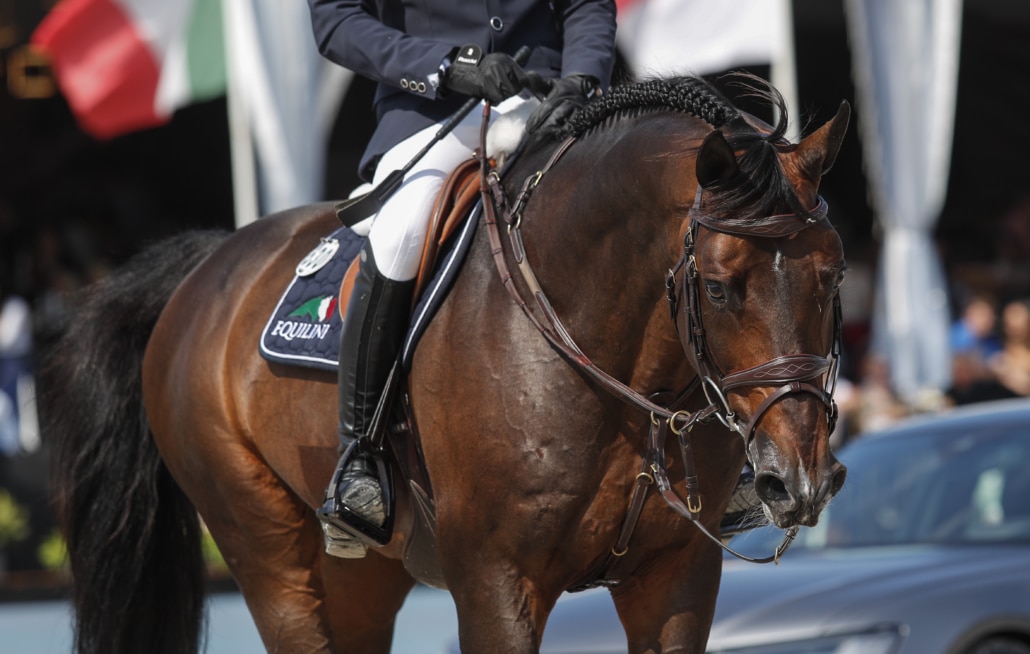 His father, in 2019, is third of the fathers of winners of all generations.
Her uterine brother Balou du Rouet is 20th in this same ranking. It is in his memory
that the original name of Balou du Reventon is Cornet's Balou.

In 2019, with €1.300.000 won, Balou du Reventon is the fourth richest horse on the planet.
Darragh Kenny and Balou for Ireland are second in the Pragues play-poff GP (3rd in 2018), winners of the Barcelona Nations Cup Final, winners of the CSI5 * GP in Chantilly and
from Knokke, 2nd in Shanghai ...

At breeding, 23 products are old enough to compete, 13 of which are in CSI. The quality
is very homogeneous. Balou du Reventon is the best sire of winners aged 7 and under in CSI with a comfortable lead over the second.

Pro-active breeders therefore recognize with Balou du reventon the stallion of great future.
The seed will be very limited because the absolute priority is given to Grand Sport.

In our opinion, it is important to have a product from Balou du Reventon in your stables. Its performance, the emergence of its young products at the international 145-150cm level and the scarcity of the seed are major assets for good marketing.

On the front of the international scene, Balou du Reventon is of a more modern model than his brother, also more determined. A particular vigilance will be granted all the same to the character of the mares.

Ideal for less reactive mares tending to produce a lot. Very flexible, it will be perfect for those lacking maneuverability. It will be preferable to bring him "docile" mares