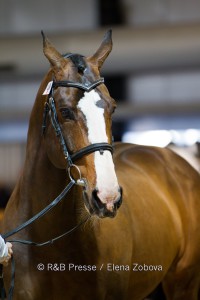 From the temper of For Pleasure, Baloubet, Casall. He will be in France and in expenses.

Plot Blue lit up the world stage from 2003 to 2015.
Debut Werner Muff, it is with Markus Ehning that he will reach the summits from 2008, when he won the GP CSI5 * in Lyon.
At 18, the public at the Geneva CSI will celebrate his retirement. Some spectators were not crying.

Sporting longevity, the hallmark of an extraordinary constitution, is the guarantee of success at stud (Confère For Pleasure, Baloubet, Casall).

For the breeder, the health capital of the ancestors is a guarantee of sporting success for his foals.

From Mr Blue, his father, the big winner who rode for two years for BLH, we know the excellence of the production with the French mare (Zirocco Blue…) and its great ease of use. At the end of 2017, he was 17th among the fathers of international winners of all ages.

Ilotte, dam of Plot Blue, by Pilot, also produced the excellent stallion Oklund great performer in 160 and sire of 32 international winners including Tarpan (D. Lynch). Ilotte is also the mother of Ulotte who gave birth to the great champion Babylotte (Dollar du Murier) 2nd of the GP CSI5 * in Oslo,
12th in Helsinki, 3rd in the Wellington Nations Cup, winner of the GP CSI5 * and the 2017 Hickstead Nations Cup with Yuri Mansur. The last offspring of Ilote is Vilotte who is none other than the dam of the stallion Elton John Level 160cm.

Plot Blue's grandmother, Santa Fee, is full sister to Sotheby's 4th in the Tampa World Cup Final
She is also the grandmother of Persing winner of the Nations Cup in Aix La Chapelle and the Berlin GP with Peter Charles, Quick Sox and Paramo K international winners 160cm level.

This pedigree, these performances, this longevity, that is gold for breeders of sport horses.
This powerful horse, burst, with a calm mind will carry even higher the work of his father Mr. Blue. 'is certain.

Like the illustrious For Pleasure and Baloubet, Plot Blue produced very little until 2011 when its first true generation was born. Out of about fifteen colts, three are already stallions in different European stud-books.
The first French subjects are very promising.
In 2017, Holstein breeders flocked to the young prodigy Million Dollar, son of Plot Blue for whom German breeders lack superlatives.
Plot Blue turns out to be very easy to order. Like his father, Plot Blue will be given all sizes, those who need power, those who are uncooperative. 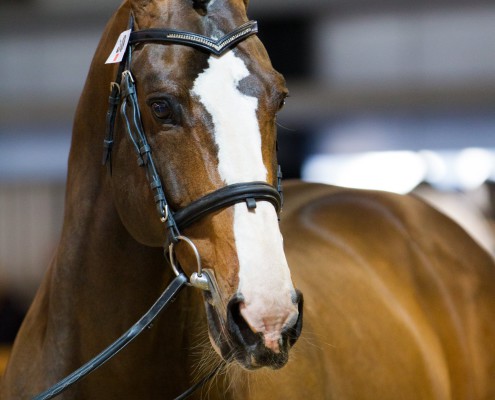 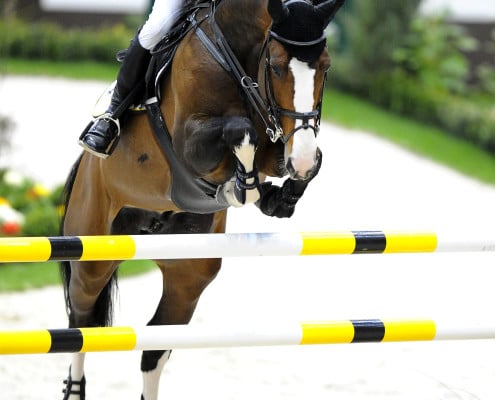 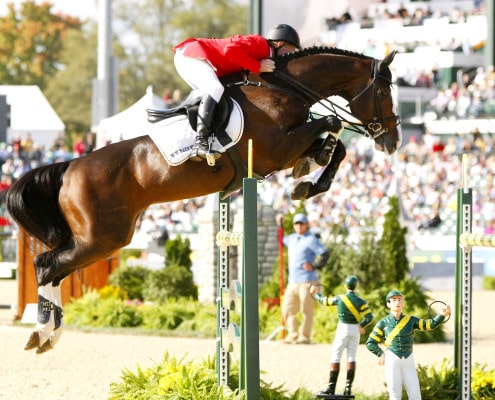 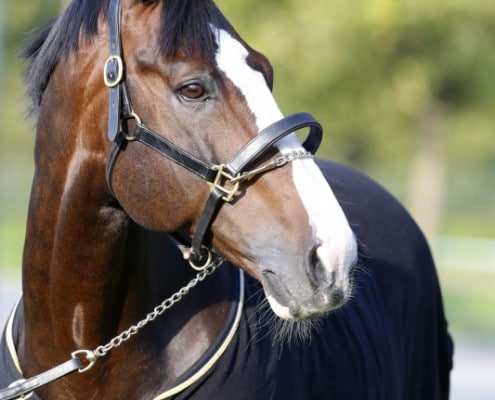 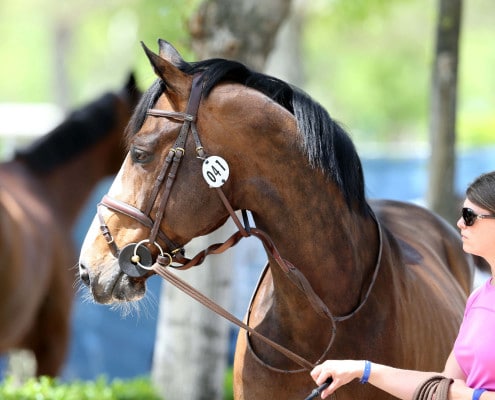 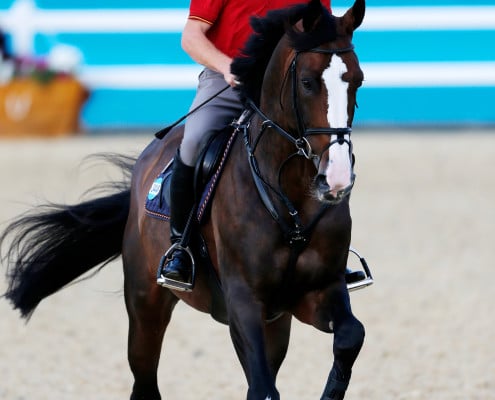 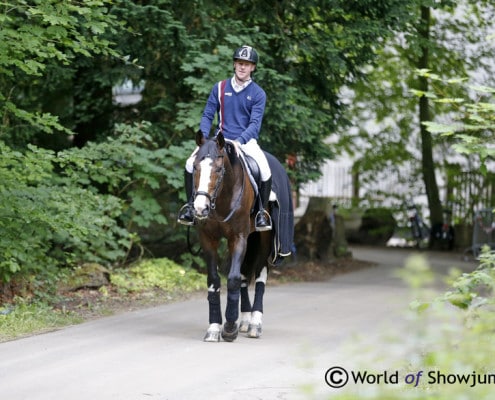 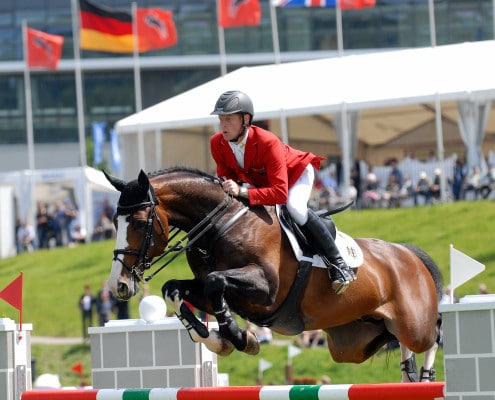 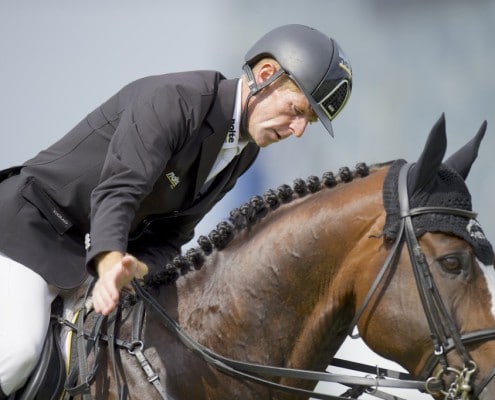 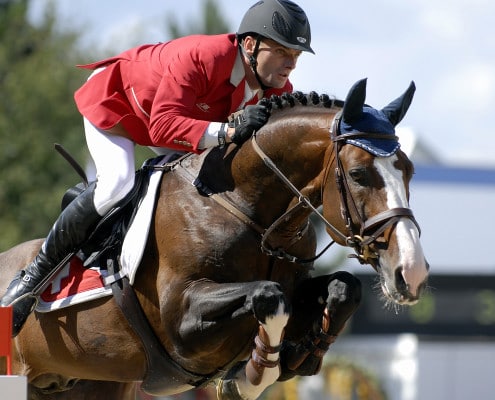 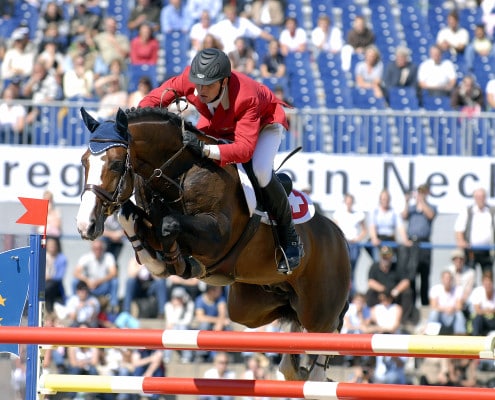 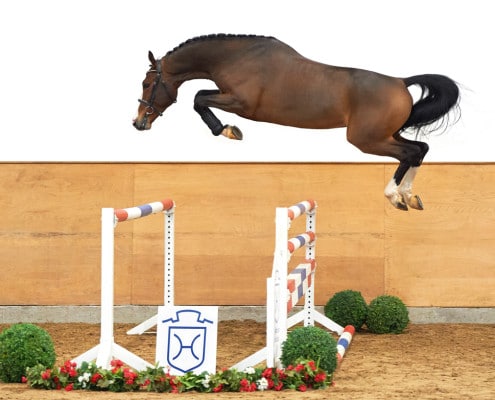 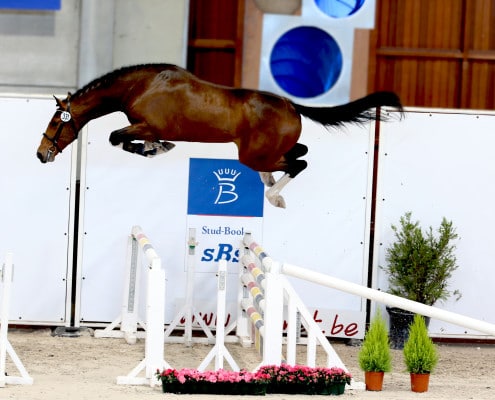 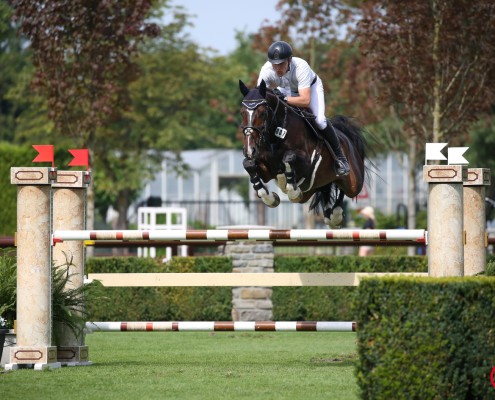 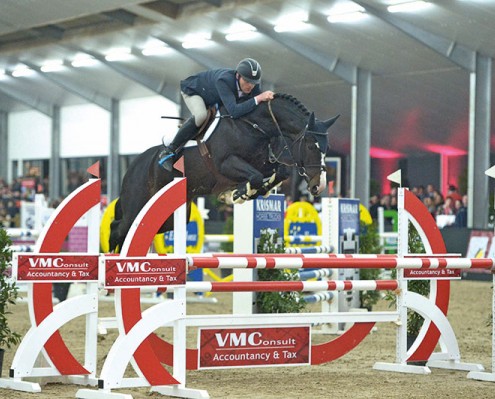 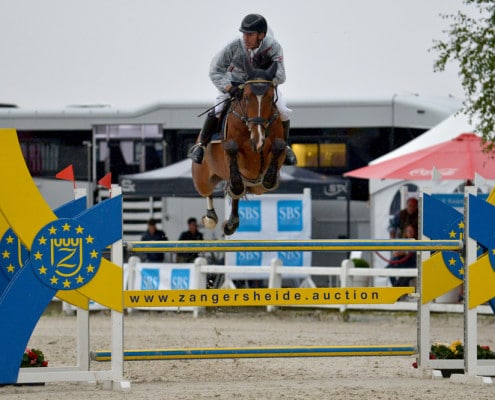 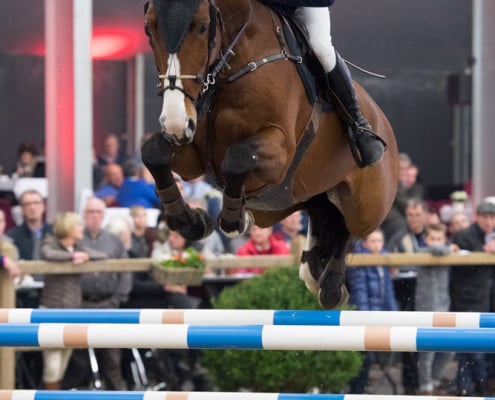 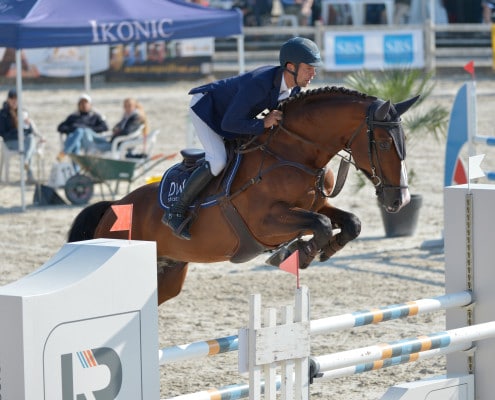 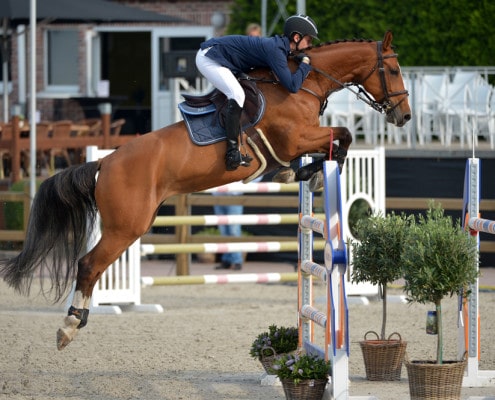 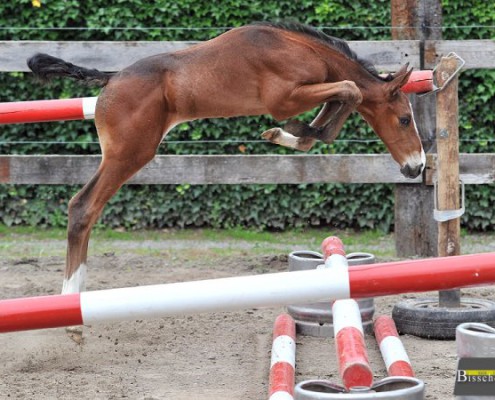 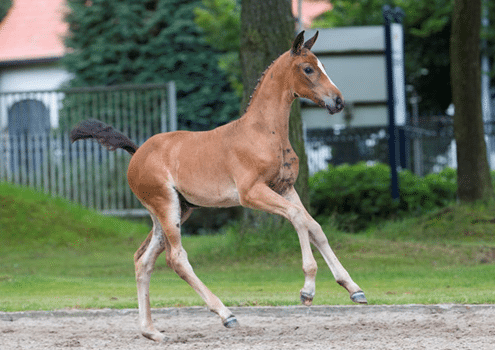