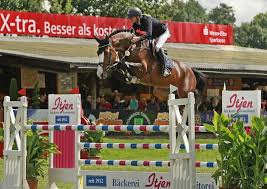 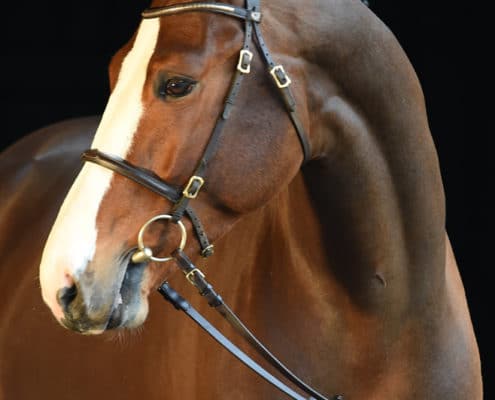 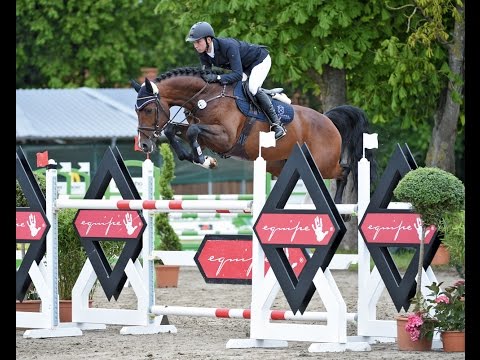 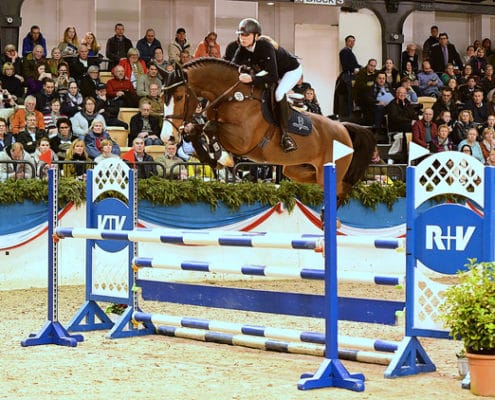 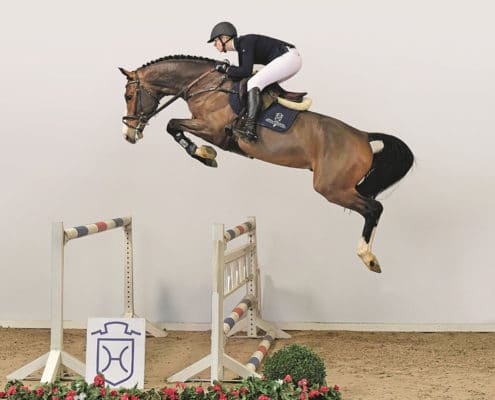 The first information coming from Belgium concerning a 3-year-old stallion from the maternal line of Quirly Chin who jumped enormously in the spring of 20015 immediately interested the stallions of Europe.

The Holsteiner Verband was entrusted with this 3-year-old stallion by Plot Blue. -Vigo d'Arsouilles-Cento from the dam line of Joris von Brabander.

But wouldn't a product of these three stallions be too heavy for the breeding of modern high performance horses?

An inspection of the stallion at his breeder's stable answered many questions.

The stallion sporting his sire's colorful markings, Plot Blue, and a still young appearance was anything but heavy.

His movement was very interesting, with a remarkably regular and ample stride, a trot with good knee action and a very efficient, powerful canter with excellent back thrust.

The free jump was more than convincing, very efficient and very controlled, extremely respectful, with good rocking, excellent rebounding push and the ability to be stretched.

His line is characterized by an accumulation of performers of rare quality and concentration. His second dam, Daytona de Muze, was already very successful in the 1,60m show jumping under Belgian rider Jody Bosteels and has since been sold to the United States. Her 3rd dam, Wallon de Muze, was successfully crowned under Michel Hécart (1,60m), like her full sister, Walnut de Muze, under Harrie Smolders.

His 4th dam, Quirly Chin by Chin Chin, was successfully ridden by Eric Lamaze on the international stage.

The Million Dollar family is described by its founder, Joris de Brabander as follows: “The horses of this line have a good appearance and good mobility. They are easily assembled and have demonstrated their performance in international competition for generations. "

Million Dollar was purchased by the Holsteiner Verband in the spring of 2015 and licensed at Zangersheide in April 2015. He spent 30 days on trial at Schlieckau in December 2015. rated 9.75 for jumping ability. He was approved for the Holsteiner breeding program at the Elmshorn korung in January 2016. Under Maximilian Gräfe, the stallion has already won two A level events and was placed at L level. During this season he gained more and more experience and won his first M class under the saddle of Ebba Johansson.